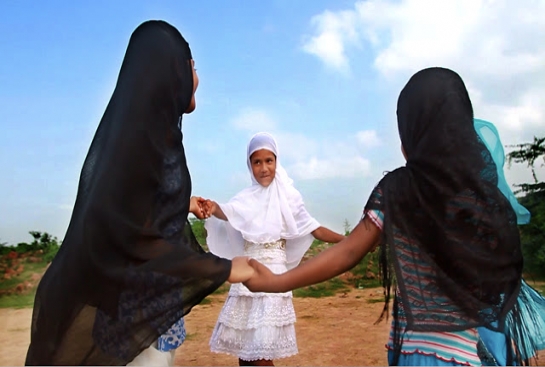 I first came across Magic Bus and its self-effacing, charming-yet-unstoppable founder, Matthew Spacie, during the course of one my regular visits to Mumbai. I quickly became enthralled – quite a feat for someone who has a healthy scepticism of most things, not least of which was a non-profit that uses sport to trigger behavioural change in marginalised children in India. A country where, all too often, the poor are putting their boys to work and marrying off their girls, not sending them to school. Let alone to football sessions.

But, despite my original misgivings, the facts speak for themselves: Magic Bus reaches close to 300,000 children a week through sports programmes. Thirty million children are set to benefit as the Magic Bus programme, selected by the Olympic Games Committee as their agent of change in India, is incorporated into the state curricula. It has quickly become one of the largest non-profits in the country.

The Magic Bus office in Mumbai has the dynamism of a start-up on speed. Spacie shuttles between a meeting with donors and excitedly showing me the footage for a film he’s shot of Magic Bus girls at a sports camp in California. He tells me that one of the girls, Gulafsha, won a trip to the Olympics for creating the best project over the course of the camp. Before I have time to process the giant leap from slum in Mumbai to football field Stateside, Spacie assures me that it is all quite simple. ‘It’s a platform to change the way a young person sees themselves and their ability to make choices. Once you change that self-conception and then provide opportunities to engage, thereafter it’s the proverbial “rest is easy”.’

The change started at the source. Spacie arrived in India from England aged 29, as the COO of India’s second largest travel group. While coaching street kids playing rugby, Spacie put the wheels in motion. But the decision itself was made to the backdrop of a Bollywood song. ‘I was on a bus of 50 children singing. I was so happy that I realised that I had nothing to lose and I could participate in a solution in bringing people out of poverty.’

In applying his business expertise to the non-profit sector, Spacie challenged the prevailing ethos around many development charities. Externally funded salaries allow for a senior level team that is composed of incredible talent, and Magic Bus is in the process of developing a revenue-generating arm by bringing sports-based learning to private schools. With a no-obstacle-is-insurmountable attitude adopted from the top down, Spacie and his team implemented a strong belief in the power of sport to arm kids with skills to navigate life and alter its course. ‘You can build as many schools as you like but you can’t make families believe it is best to educate their children. It’s about showing young people a different context, it’s about influencing a mother, it’s about breaking a cycle,’ he says.

And so, Gulafsha, the 15-year-old Magic Bus girl who lives in Mumbai’s largest slum, is going to school while some of her friends become brides. She spends her time encouraging families to let their girls play sports so that they can learn to lead and want to learn. She's succeeding. By creating heroes and heroines from within communities (currently 8,000 youth leaders and counting), Magic Bus is winning the battle that plagues every non-profit – it is creating sustainable change.

As Spacie runs with the Olympic torch at this year’s Games, Gulafsha will be cheering him on. ‘The power and dignity of being the master of your own destiny really excites me,’ says Spacie. The greater dignity it seems lies in enabling others to change theirs and in this Spacie has already crossed the finish line.

'IT'S A PLATFORM TO CHANGE THE WAY THAT A YOUNG PERSON SEES THEMSELVES AND THEIR ABILITY TO MAKE CHOICES. ONCE YOU CHANGE THAT SELF-CONCEPTION... THE REST IS EASY.'