Pallavi - Homemaker- and-breadwinner rolled into one 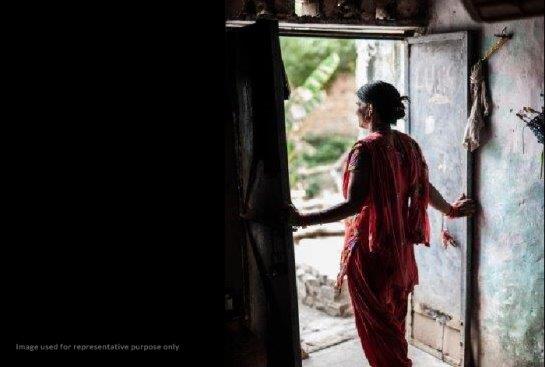 31-year-old Pallavi lives with her two sons, Shreyas and Ayush, in a rented house at Kharadi in Pune.

Pallavi completed her 12th standard and was married off. After her marriage she didn’t think of working outside. When her husband left her with two young children, Pallavi found herself alone without any support system. “My parents supported me for a year. But then my mother passed away and I didn’t want to keep asking money from them. I knew I had to look for a job to bring up my children,” she explains. She is not comfortable revisiting the details of what lead to the separation but believes she has put the entire thing behind her and started afresh. A year ago, Pallavi had gone for an interview for the position of a receptionist at a hospital. “I was told clearly that without basic computer skills, I would never get a job anywhere. Would you believe it, I had not, until then, even touched a computer?” she says with a quick laugh.

Pallavi didn’t get disheartened with the interview. She quickly enrolled herself for computer lessons. It is there that she learnt about Magic Bus Livelihood programme near her area. She went to see it and saw value in the course. “I was completely new, starting from scratch. But I was desperate for a job and willing to work. Magic Bus gave me the guidance I required,” she says, adding after a pause, “I am no longer scared of interacting with people. Look how easily and confidently I am sharing my story with you,” she says. Pallavi points that her communication skills improved during the training. She learnt about interviews, the need for a resume – till that moment she didn’t know the preparation that went into finding the right place of work.

“I took up the first opportunity that came my way because I was scared of being left out. I had two young boys to take care of and I couldn’t afford to remain unemployed,” she says mentioning that the initial offer from Marks & Spencer was for an intern. “I am happy I took the plunge. Marks & Spencer groomed me for a retail position. Everything was new to me but the training ensured I was not lost when I hit the floor and started meeting customers,” she says. Pallavi found it easy to communicate with customers, “hearing them out” first, and then slipping in her suggestions. “Sometimes customers can be difficult. But I now know how to handle them,” she says firmly.

After her internship, Pallavi emerged as the star performer, having managed to hit up big bills. She was offered a full-time position. “It was a huge opportunity. I knew that the work hours might mean I come back at a time when my children are already asleep, but my children have been very supportive. I manage my housework in the mornings,” she says. Pallavi has no specific dreams for her children. “They will have dreams of their own. I want to support whatever they want to be,” she signs off.