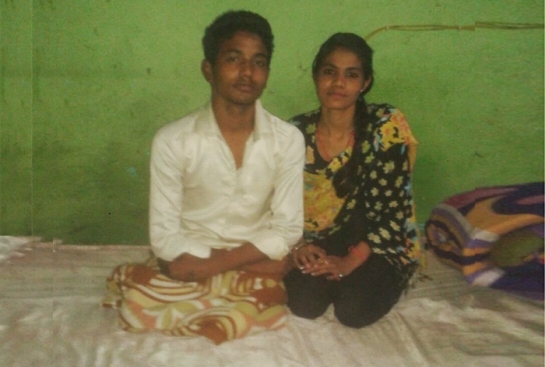 “I joined Magic Bus two-weeks ago”, says 18-year-old Arti. “My brother Shivam encouraged me to join Magic Bus. He has been with Magic Bus as a Community Youth Leader for over a year now”, replies Arti when asked why she joined Magic Bus.

Arti and Shivam are appearing for their higher secondary examinations. Both of them study in a government school in Nangloi, north Delhi, a few blocks away from their one-bedroom house.

For Arti, stepping out of home was a challenge, “My mobility was limited because of my gender. As a result, my decision to join Magic Bus was fraught with resistance. However, Shivam’s constant support egged me on and I continued fighting.”

Shivam is a role-model for Arti as he is for the rest of the children in his community. “The best thing about him is his positivity – the way he looks at life and lives it”, says Arti. They are a family of four - three children and a mother - surviving on a salary of just Rs. 3000 a month. The youngest child studies in the ninth standard. “I have seen my mother toil relentlessly to bring us up. After completing school, I want to find a job and study simultaneously so that I can relieve her”, shares Shivam.

Both Shivam and Arti have gone through some difficult experiences in their life so far. They had barely recovered from the shock of losing a parent when Shivam had met with an accident which crushed both his legs. Arti stood by Shivam through his most difficult moments, never allowing him to lose his spirit or his grit. In return, Shivam inspired her to pursue her dreams, to step out and claim the world as her own.

“The Magic Bus journey has helped me introspect. From being a notorious child in my community I was transformed into a leader who taught good practices to children, young adults, and parents. Today my community identifies me as a hero; one who stood tall despite unfathomable crisis”, he narrates.

Shivam believes that his sister can be a good leader too. “I want Arti to galvanise her friends and other women from the community to step-out and be an agent of change”, says Shivam.

There are many more Artis and Shivams out there waiting to realise their potential as a leader. They need your support. DONATE