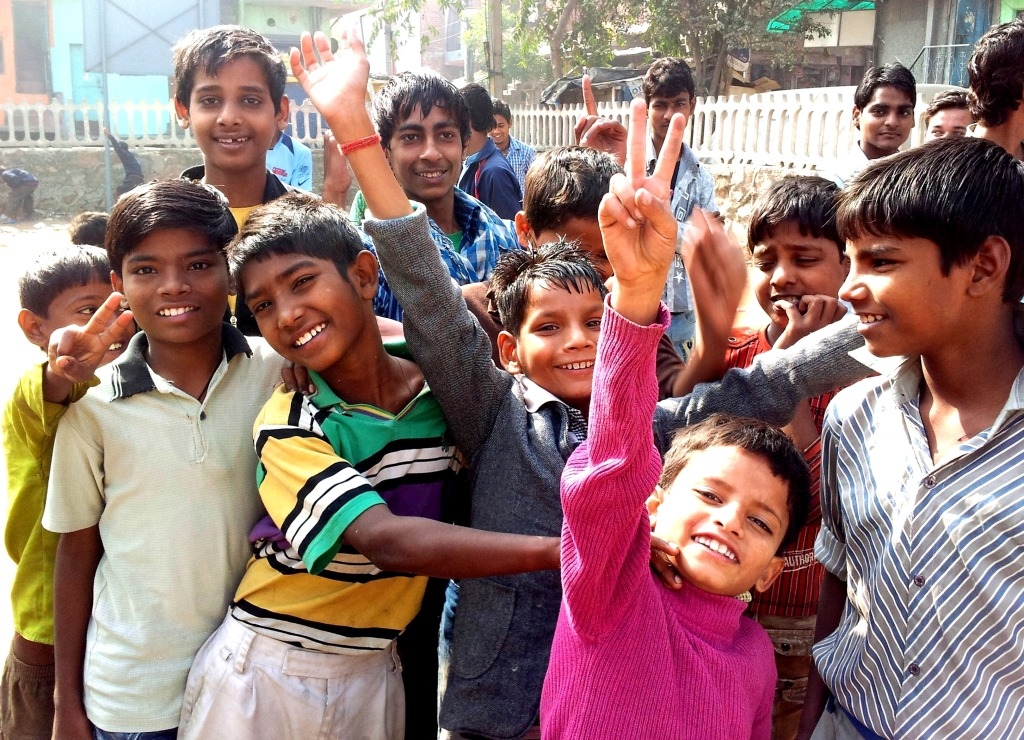 Madanpur Khadar as an area is remarkable for its visual contrast with the richer neighbourhood of Sarita Vihar. A 2012 newspaper article in Delhi's leading daily, Hindustan Times, sums up the predicament of the area: "Like several resettlement colonies of the poor, Madanpur Khadar – sandwiched between the blue-glass fronted corporate offices and spanking new malls of Sarita Vihar, adjoining the imposing Apollo Hospital – does not have a primary health centre." (Delhi's Irony, by Srinand Jha, Hindustan Times New Delhi, April 07, 2012) Read the original article here.

Approximately 30 years ago, Madanpur Khadar's residents owned the lands around the small village and used them to grow upto two crops of wheat and pulses here. The Delhi Development Authority bought up most of these lands and turned them into a mid-sized neighbourhood of flats and apartments. As the demographic face of the area changed, Madanpur Khadar quickly degenerated into slum-like conditions.

As the newspaper article quoted above observes, "(the) "...narrow and foul smelling streets of Madanpur Khadar where – in the absence of civic or sewerage facilities – mosquitoes breed in cesspools and mountains of garbage are stacked up everywhere. A foamy yellow liquid spurts out of the municipality taps – which is used up in the toilets and for washing clothes."

Areas of behaviour change addressed: The volunteers in Madanpur Khadar are working around delivering these key messages to the children: