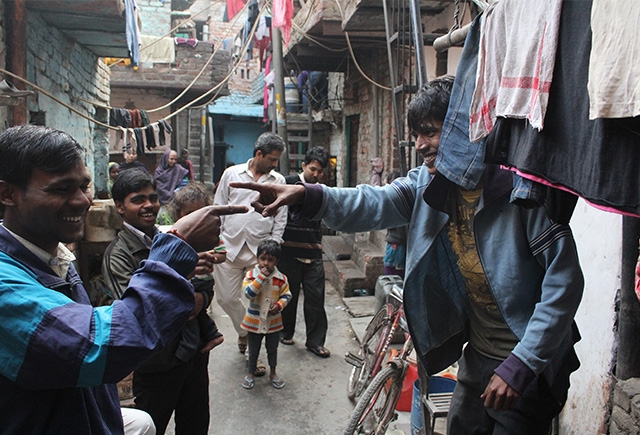 Magic Bus' work in this community is made possible with the support of our donor, Arvind Narain.

Block 14 is a slum area in the Dakshinpuri region of the capital. The community is riddled with issues regarding sanitation, drainage and cramped living spaces.

The Magic Bus programme began in 2012.There are 197 children, 120 boys and 57 girls, attending sessions. Gender inequality is a major issue here. Girls aren’t allowed to go out and play, which was a major difficulty that the Magic bus staff faced. Frequent parents’ meetings are held in order to tackle this issue. Sport tournaments are also held frequently.

Raja, a 13-year-old boy, was known in the community to be a disrespectful child. He used to beat up his siblings and other children, and cursed and abused as much at home as he did out in the locality. Another problem was the company he kept. The children he hung out with were known to be delinquents. He also stopped going to school and chose to roam around the locality with his friends instead.

Ever since Raja was taken into the programme, the Youth Mentors noted that his behaviour changed significantly. Raja is very good at cricket. Because of timely counselling and his involvement in sports, Raja understood the importance of sports and education. He is very enthusiastic about the programme and attends sessions regularly. He has stopped cursing and abusing, and has begun to respect his parents, teachers peers and others in his community.

The Magic Bus Sport for Development sessions last for two hours each and are conducted in three stages: