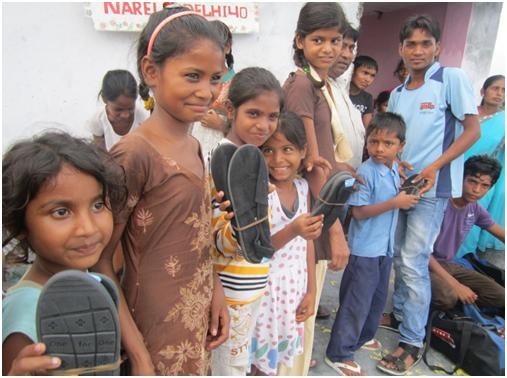 Magic Bus' work in this community is made possible with the support of our donor, Nayna Patel.

With a population of 724, Mouli street is an urban slum cluster in Kurnool district of Andhra Pradesh. Most of its residents belong to one particular social group, Balija, which is enlisted as a Backward Class in Andhra Pradesh. Telugu is the main language here. More than 90 percent of households here lie below the poverty line.

Daily wage work is the primary source of income with a majority of residents involved in construction sites or as agricultural labourers. There is no primary health centre near this community. A hospital is just a one-and-half kilometre from this place. A school and a college also lie in the vicinity.

Magic Bus began working in this community in 2014. At present, there are 25 children in our programme here.
Child labour is one of the staggering challenges here. We are working closely with parents to help them understand the importance of education over labour.