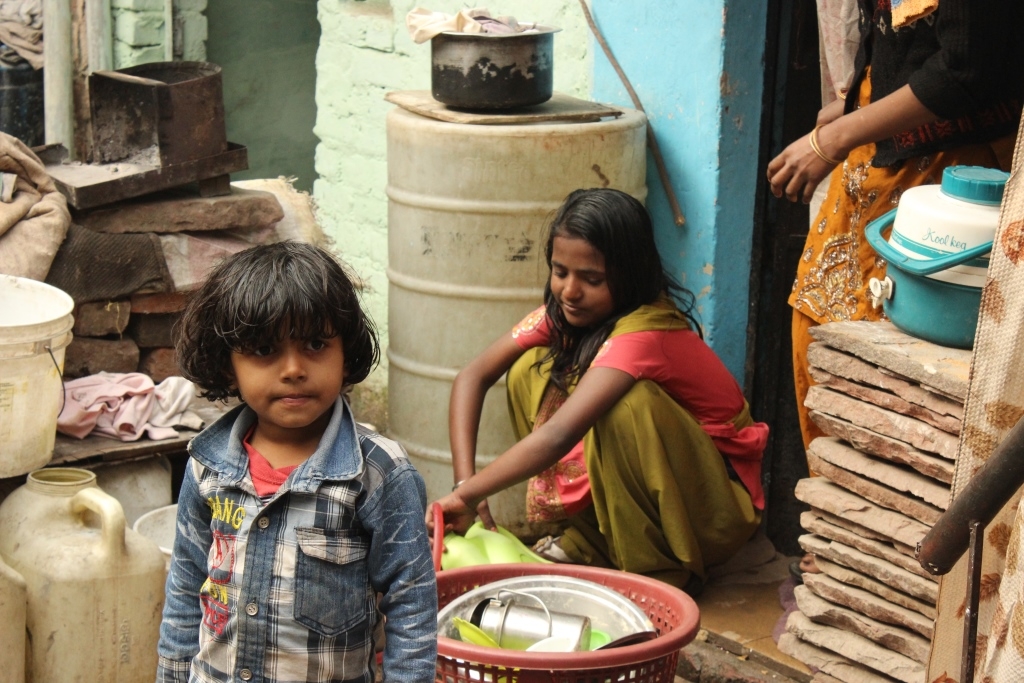 Magic Bus' work in this community is made possible with the support of our donor, Subodh Chanrai.

Nandlal slum in Gopalpur is a 25 years old settlement. People in this community have migrated from Uttar Pradesh and Bihar to make a living.

The nearest healthcare centres available are about 3 kms aways. The nearest school is 1 km away.
Men in the community work as daily wage labourers on construction sites and women as domestic helpers. Unhygienic living conditions and a lack of sanitation are major problems, as is the lack of access to safe, potable drinking water.

Magic Bus started working with children in this area in 2011.

Twenty year old Sonu is a Community Youth Leader: a volunteer for Magic Bus who gives anywhere between 2-4 hours to mentor a groupd of children from his own nieghbourhood using the Magic Bus sport and activity-based curriculum. What’s special about this first generation learner is that he has completed his 1st year in Bachelors of Arts.

The reason why this is so special is because his family comprises of 7 members surviving on a meagre income of Rs. 7000 per month. Both his parents are unschooled and work as daily wage earners.

Slowly and gradually, he started interacting more with the children. He became popular in the community, which helped to boost his confidence. To further build upon this platform of sharing, Magic Bus added an element of awarding volunteers who were performing exceptionally well.

In the very first month, Sonu was chosen the ‘Community Youth Leader of the Month’. Magic Bus staff member Shiv Kumari said, “This was such an important moment for Sonu – for the first time, he understood the value of his training from Magic Bus.

Sonu now knows how important his role is to the cause of building better futuress for his neighborhood children, and has gained a lot of motivation to give his best.

Some of the areas of behaviour change addressed by Magic Bus volunteers and mentors include: