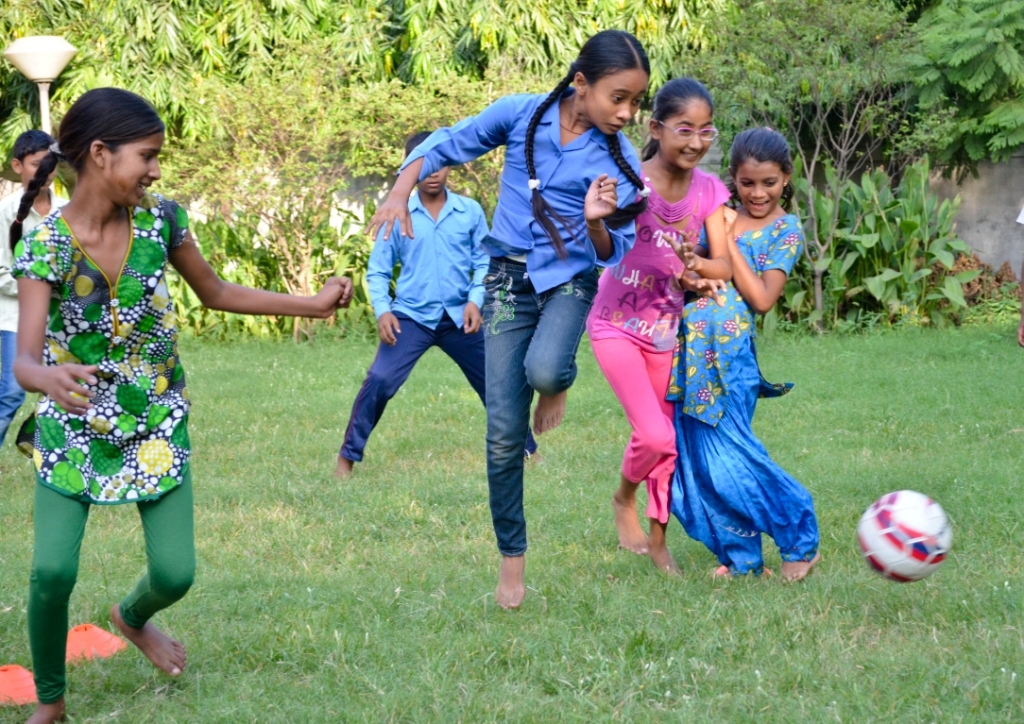 Magic Bus' work in this community has been made possible with the support of our donors, Arti Kapur and Samir Modi.

Thank you, Arti and Samir!

Prem nagar, Block-B is a community of 9000 people located in south Delhi. The houses here are mostly kutcha, locally known as juggi housing, made of materials scrounged from the surroundings. The area is not connected to a sewer system, forcing people to resort to open defecation. Mostly people are daily wages earner.

People here earn their living fromm daily-wage work, which, in Delhi, amounts to the lowest-paid jobs.

The Magic Bus programme in Block B, Prem nagar was started in 2013.

14-year-old Sushant’s father is a daily wage worker and is the sole breadwinner of a family of six.

It was a complaint that brought Sushant to our Youth Mentors. The complainant was his brother. From him, the Youth Mentors came to know that Sushant used abusive language and practiced substance abuse. During sessions he would try to disrupt activities by picking up fights with others, snatching away equipment or simply not allowing others to play. This made him unpopular among the others within his team. The only saving grace was that he was a regular at the sessions and prompt in the field.

Our Youth Mentor, Dharmender, took it upon himself to work on Sushant’s behaviour. He patiently tried explaining him the unreasonable nature of his behaviour towards others. He was encouraged to be a part of the group activities. At the instruction of the Youth Mentor, his group members, too, started giving him the space to grow out of his temper tantrums and made him feel valued within the group.

Today, Sushant is a changed person. He understands the value of working in a group - to be respected and be respectful towards others.

Magic Bus' Sport for Development sessions are held thrice a week on Tuesdays, Wednesdays, and Thursdays, between 3.30pm and 5.30pm.

The sessions are structured in the following manner: