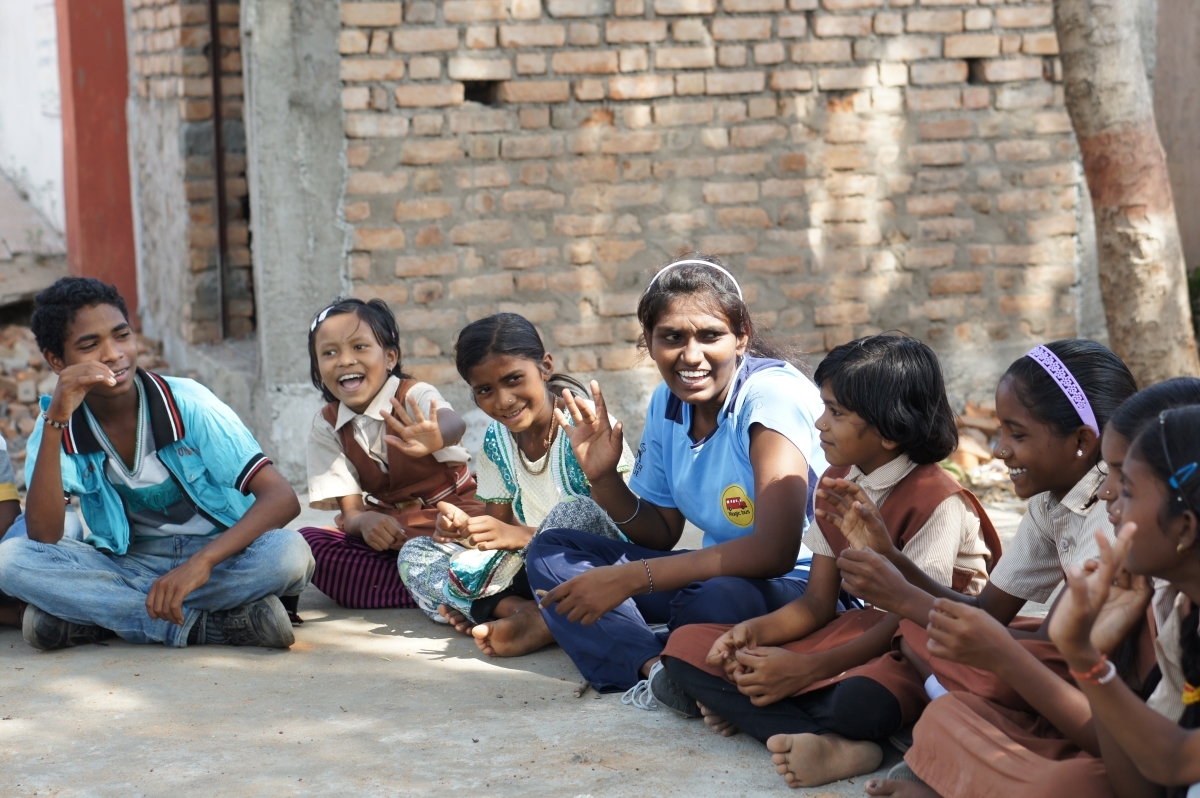 Magic Bus' work in this community is made possible by the support of our donor, Aseem Chauhan.

Prem Nagar I-block is located amidst the spring high-rises of South Delhi. The cramped lanes house 160 semi-pukka houses and 2500 people. The houses lack toilets and invariable take up to open defecation. The primary healthcare centre is 2km away from the community.
The residents belong to the SC,ST, and OBC categories.
The men of this community work as drivers, cleaners, and painters. Women on the other hand work as house-helps.
Magic Bus initiated an intervention in 2013. 55 children are enrolled in the programme.

14-year-old Ravi joined Magic Bus in 2013 at a skeptic. He had little faith in the Youth Mentor and the programmes. He was party to the rowdy, drug-addict group of the community. His parents were tired of listening to complaints about him from the residents.

Ravi’s father works as a daily wage labourer and his mother is a housewife. They try hard to make ends meet but money often falls short. When Youth Mentor held a meeting with his parents, he realised that his parents were vying for a behavior change in Ravi.

The Youth Mentor strategised to involve Ravi in athletic activities rather than just as a passive participant of the sessions. He was also made the leader of the sessions for a month. When responsibility was vested upon him, Ravi rose to the occasion. He realised the subject position of his parents and how difficult it was for the community to handle his notorious activities.

Ravi was a changed boy in just two months. He is now a community mobiliser for Magic Bus.

Sessions are held at DDA ground on Saturdays and Sundays from 7am to 9am and are divided into 2 parts: