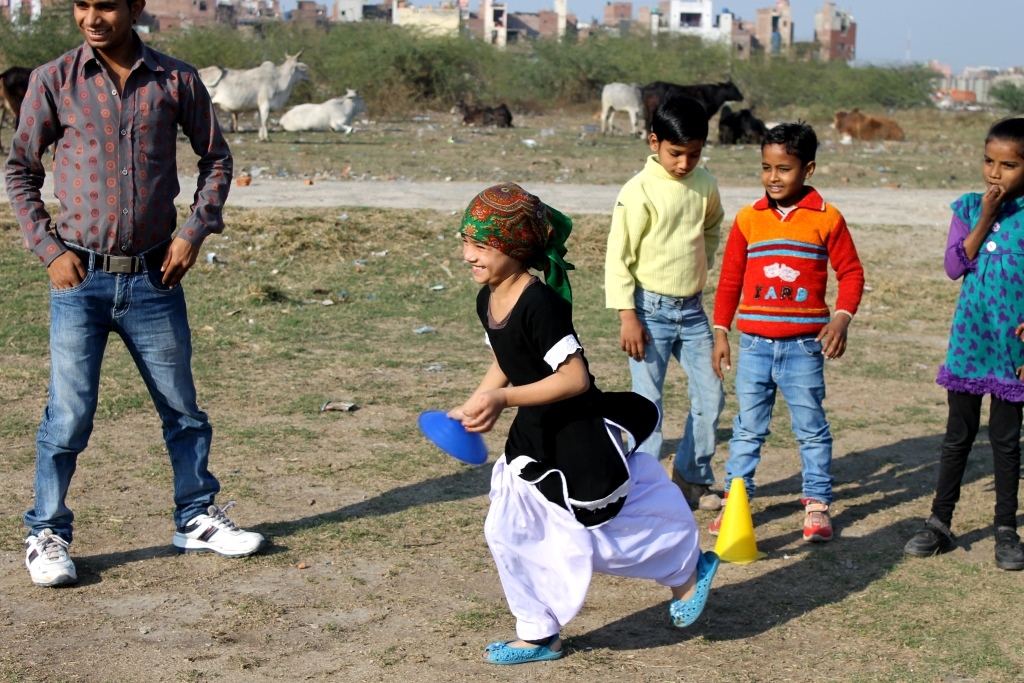 Magic Bus' work in this community is made possible with the support of our donor, Rebecca Woo.

With approximately 20,000 of its residents living Below the Poverty Line, Shalimar Bagh is located in the northern part of Delhi.The community is around 30 years old. Mostly migrants from the neighbouring states, it is a mix of people belonging to different religions. Women usually work as domestic workers; children have to take care of their siblings as both their parents leave home to make ends meet.

Apart from the sheer lack of employment opportunities, the community grapples with issues like cleanliness, health and hygiene, and poor sanitation. Widespread addiction among youth resulted in the public spaces rendered unsafe and inaccessible to women and girls.

We started working in this community nearly two years ago and have seen how girls have started to come out of their houses and take part in play, activities and even take up leadership roles. At present, we work with 400 children and 6 Community Youth Leaders (CYLs) in Shalimar Bagh.

Manju's home is a microcosm of the world outside.

"We fight for our life every day - at work, my father fights for a salary that is insufficient to make ends meet; outside, each of us fight for a space for ourselves. A family of seven, we've only a one-room place to call home", she says.

When Magic Bus came to Shalimar Bagh, girls like Manju breathed a sigh of relief. "We were positive that we no longer had to be holed up at home, unable to step out."

But problems were far from over.

"The session ground was surrounded by leering men and boys. They would urinate openly and leer at girls in the sessions. The situation was becoming very uncomfortable for us", she says.

One day the entire community was shocked by the news. A girl was raped in the grounds where sessions were organised every day.

The next day, no girl turned up for the sessions. On visiting their homes, Manju found out that the parents were afraid about the security of their girls. They didn't want to send girls to the sessions anymore.

"I asked myself: Is this the end of all the hope and dreams we had when Magic Bus first began its sessions in this locality? Something inside me told me not to give up without a last ditch effort to convince the parents and get girls back in the sessions", shares Manju.

So, she went on a door-to-door campaign, organised parents' meetings, all the time emphasizing that parents should not stop girls from going out because there is a threat of rape or sexual harassment. "On the contrary, if more and more women and girls take over the public spaces it will stop crimes from happening", she says.

It worked. With Manju's indomitable spirit and arguments by their side, the parents of Shalimar Bagh started sending in their girls for the Magic Bus sessions. "As a Community Youth Leader (CYL), it was my first win in this locality. Now, my goal is to slowly get the men and boys to change their behaviour and perception towards women", she explains.

A tall order? No, if you look at the defiant spirit of this 23 year old.